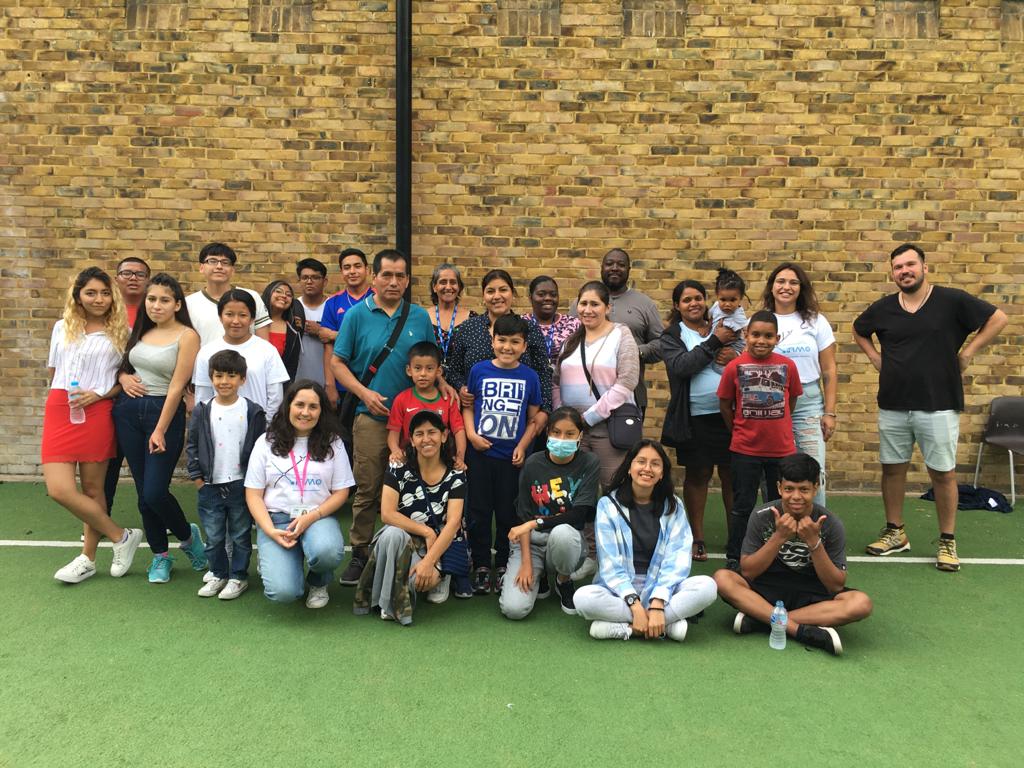 IRMO exists to enable the development, agency and participation of all Latin Americans and other Spanish and Portuguese speakers, by responding to both immediate needs and structural inequalities.  Our story extends over 40 years, responding to the evolving needs of a community which has often been invisible to mainstream policy response.  Based in Brixton, we work primarily across Lambeth and Southwark where the majority of London's 150,000 Latin Americans live.

We are Latin American-led, and our team includes people with lived experience of the immigration system,  including refugees and people with insecure immigration status, as well as precarious working and housing conditions.

The work we do spans 3 main areas of activity:

Alongside the three main operational areas we work on Advocacy, Policy mapping and Campaigning to ensure fair and equal access to services and exercise of rights for Latin Americans and other Spanish and Portuguese speakers in London.

We support more than 4000 individuals every year across all areas of our work.

Like many migrant communities, Latin Americans living in London have been at the sharp end of the COVID-19 crisis.  Recent research found that:

IRMO's response to the impact of COVID-19 in the community has been one of our biggest success stories of recent years. We expanded our capacity to address emerging needs; devised ways to deliver engaging remote activities; produced, translated and disseminated information in community languages; developed targeted support to those with No Recourse to Public Funds, undocumented migrants and to a growing number of asylum seekers.

Seven-year-old Henrieta moved to the UK from Spain in December 2020 in the midst of the pandemic with her 14 year-old twin brother and her parents, due to the family encountering economic difficulties.  They are from Latin America with Spanish citizenship and have all been granted pre-settled status except for Henrieta, erroneously being asked for further proof.

Henrieta is one of many children being negatively impacted by both Brexit and Covid.   She arrived in the UK just after a national lockdown when schools were closed and only offering remote learning.  With Henrieta's local authority also operating services remotely, her parents struggled to get the information and support they needed to apply for a school.  We helped them with their application, checked for vacancies at local schools and followed up on the outcome.  Because of lockdown, Henrieta's mother couldn't find work and her father only found a couple of badly paid hours doing Uber deliveries, but most earnings went on the rental costs of for the motorbike.  Brexit made the family's access to Universal Credit much harder.  The DWP did not consider their pre-settled enough to access means-tested benefits, not their work history sufficient to qualify as workers.

When they approached us, the family had run out of savings, were behind on rent, owed hundreds in council tax and were living off tins from food banks.  The lack of fresh fruit and vegetables in the children's diet was causing them tummy pain.  They'd also outgrown their clothes and shoes, with one of them having to wear their father's trainers, which were several sizes too big.  Squeezed into a small room, Henrieta had to sleep on a blow-up mattress whilst her twin brothers shared a double bed with the parents.  The twins needed urgent orthodontic care but were refused treatment because their braces were put in abroad.  To alleviate the pain and stop the bleeding, their father was forced to use nail clippers to trip the broken wires digging into their gums.  Furthermore, their landlord had given them a month to find alternative accommodation and move out.

At IRMO, we helped the children get into school and provided afterschool support through e-mentoring.  Through a contact at King's College Hospital, we got the twins appointments with an orthodontist to remove their braces.  We referred Henrieta's father to our StepUp project, where he is working towards getting his CSCS card so he can find better paid and more secure work in construction, a sector he has prior experience in. Our immigration adviser followed up Henrieta's application for pre-settled status with the Home Office and this has now been granted.  We also referred the family to EarlyHelp, who provided them with a mattress and vouchers for clothes and shoes. Arguing that the family does in fact qualify, Early Help go the DWP to reverse their decision and award them Universal Credit, backdating payments to the date they applied. In the 2 months it took for EarlyHelp to begin supporting the family, IRMO issued them with 5 food bank and supermarket vouchers.